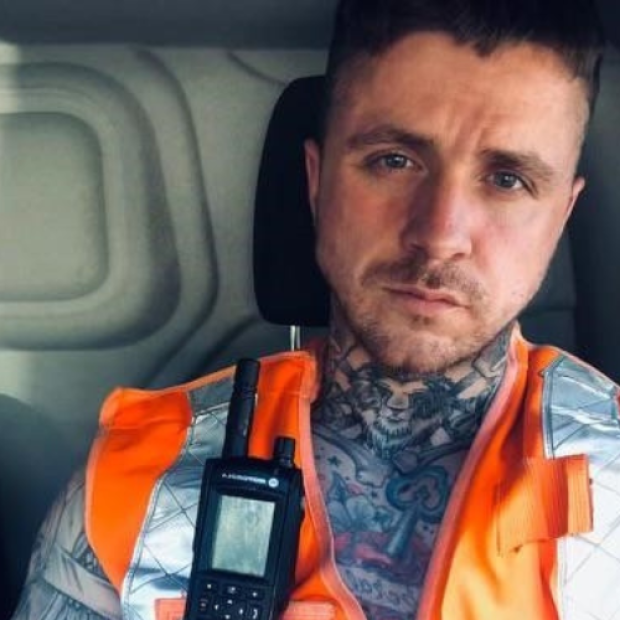 Said the following about Shane Davis:

“On 05/12/2021 Shane Davis was on shift as a Mobile Operations Manager and was called to an incident concerning a distressed male who had placed himself on an overbridge in the Stafford area with the railway situated below. When Shane arrived at the bridge the male was sat with his legs dangling over the edge and could clearly see that the individual was in a moment of crisis, crying, shouting and being agitated in his demeanour. The man stated that he was going to jump and didn't care if trains were running or not he just wanted to end the pain in his head. After asking for permission from the police onsite to approach the individual Shane made his way over and said "Hi, my name's Shane and I work for the Railway". Immediately from engaging with the male Shane could see that he was in a really bad way - physically he looked fine but mentally he was in a dark place.

From that initial conversation Shane was able to then find out that he had recently been through a bad relationship breakdown and had previously asked for help. Because of this Shane was able to offer one to one support with the individual and they spoke about Shane's own personal experience too of losing a child and that they had things in common like having their own children and the medication that they both took. Shane promised him that the hard work started with this and that this was his wake-up call, to take baby steps forward to a brighter future. Both Shane and the individual opened up and discussed more about the things that they had both been through and that they had a lot of common ground. They discussed all of the different options for help that are available and he showed real compassion, empathy and a sense of humility when this person needed it the most.

After a while of speaking with the male Shane developed a really strong relationship with the individual and started to personalise his approach letting his personality shine though, even joking about his brew going cold. However his dedication and a sense of knowing what to do in this situation resulted in the individual steeping down from the ledge on this closing statement:

"He turned to me and said I’m sorry for what you’ve been through, I have a 13 year old son and the thought of not seeing him again has just dawned on me, I’m sorry. I’ll come down for you. I said if you come down you owe me a big hug. Sure enough he came down from the ledge and we hugged it out, I then walked him to the ambulance where he said I can microwave that brew and I said don't worry I’ll treat myself to a fresh one!!"

Having spoken to Shane I am aware that this is not his first lifesaving intervention and there is no doubt about it that Shane saved this man's life on the night of the 5 December. We are all so proud of Shane and grateful that he was on shift that night and was able to put this man's wellbeing as his upmost priority. Congratulations and well done Shane - you are a true life saver in every sense of the word!“

“Congratulations on organising the best yet RailStaff Awards evening on Saturday at the ICC. Hopefully you are taking some well earned rest before the HR event kick in!”