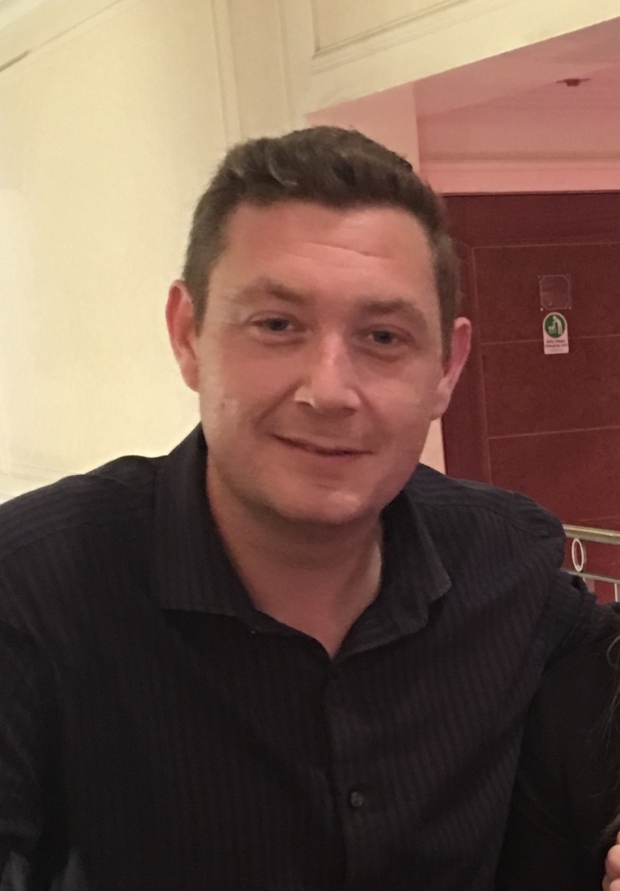 Said the following about Martin Mason:

“Martin has played the lead role in a digital transformation at Network Rail that is revolutionizing the way track data is used to deliver a better performing and reliable railway.

If Britainâ€™s railway is to meet the seismic challenges it faces in the 21st century it needs people like Martin Mason.

Martin, Information Development Manager at Network Rail, has worked on the railway for 15 years. Heâ€™s passionate about the railway, lives and breathes the railway every day of his working life and understands better than anyone the critical role that it plays in the both the economic and social success of the country.

It was this passion and commitment that led Martin to design and deliver a groundbreaking digital solution for Network Rail (NR).

Just over three and a half years ago Martin was tasked with a challenge that most people would find, not just daunting, but seemingly impossible: he was asked to lead a team to design and deliver a digital decision support tool (DST) that would transform the way engineers identify and target Switches and Crossings (S&C) for maintenance and renewals in a bid to improve track reliability and reduce costs across NRâ€™s routes.

The result was the S&C DST: a new decision support tool that changed the way engineers and asset managers plan and carry out maintenance and renewals of track assets.

The S&C DST would have been a defining career event for most people working on the railway. As it turned out it this was just the beginning for Martin. The S&C tool was so well received we found ourselves inundated with requests to develop this further, to take even more data on the railwayâ€™s track infrastructure and turn this into meaningful information that can be used by asset managers and track engineers to improve how the network runs.

On top of the S&C data, users wanted to see if the DST could help them identify where and when Temporary Speed Restrictions (TSRs) could potentially occur, allowing them to carry out predictive work to eliminate the need to impose a TSR on the railway. You cannot under-estimate the impact this would have on the railway: huge cost savings and more importantly a better, consistent and more reliable train service for our passengers.

Once again Martin rose to this challenge. He was in every morning by 7.30am; he was available for any query, question or request 24/7. And once again he took a mountain of data from multiple, disparate data sources and began the arduous task of collating and aligning the data, then making it accessible and understandable, and finally presenting it clearly within the improved DST.

To put it simply, he was asked to design something that did not exist - not anywhere in the railway industry in fact - and through his ability to see the big picture he worked tirelessly to produce a powerful tool that gave engineers a single source of data that allows them to make better, informed decisions about the railway. Using the data effectively it puts the power into the hands of the people that best understand the railway, the engineers, and thatâ€™s all down to Martinâ€™s expertise and efforts.

The combined power of a DST that holds S&C, plainline track data and TSR data has resulted in what is now known as the Track DST - a tool that is being rolled out across the country and seeing real results. In fact, during a trial in London North East using TSR data within the tool from last year, the results showed that up to 70% of all TSRs would have been predicted and prevented.

Not only is Martin a brilliant data engineer and analyst who understands data inside out, he has that enviable ability to explain and present clearly to people across the railway, from senior directors to frontline track engineers and technicians.

None of this was achieved from behind a desk. Martin has travelled the length and breadth of the country; went out on track with engineers and spoke to them in their Delivery Units to see exactly what they needed and what would work for them, while convincing those in the boardroom that the Track DST is invaluable to the future of the railway.

Mark O'Callaghan, one of NRâ€™s Asset Engineers, said â€œMartin has been a pleasure to work with. Without taking himself too seriously he takes the problems, issues and suggestions that Iâ€™ve thrown at him and works them until he has a solution, usually very quickly. A highly valuable member, of not just his team, but of Network Rail.â€

Martin was integral to every aspect of the DST, from collating the data to delivering the tool. He was out in the field during the thorough testing process that took place in the routes and signed off the final version that is now being used. In brief, the Track DST is split into two sections, first, workbook planning and low level track data, second, TSR management and predictions. It identifies sections of track with poor condition and performance and provides evidence to see trends though a range of clearly laid out data, including Track Quality, degradation rates, Track Geometry Faults and S&C.

As one Asset Engineer said when he first used the tool, â€œUsing the Track DST we can finally move from a reactive organisation to a predict and prevent organisation with a real chance of being able to reduce our cyclic speeds and improve track quality.â€

Having worked with him for the past three years I can think of no other person that Iâ€™ve worked with on the railway who deserves the accolade of Railway Person of the Year more than Martin Mason.“

“I felt extremely honoured when i received an invite for the Rail Staff awards 2014. I really did not expect it so it was a very pleasant surprise and had no hesitation in accepting the invite to this prestigious event. My experience of the evening was amazing. We choose to get into the spirit of the evening and arrive in fancy dress which thankfully so did a lot of other people. The food was of fantastic quality and the little deserts were the best. The entertainment provided was thoroughly entertaining. The evening was expertly planned from beginning to end. It was a very humbling experience to watch the nominees and winners and listen to the reasons why they were there. I felt extremely proud to be part of the railway family.”