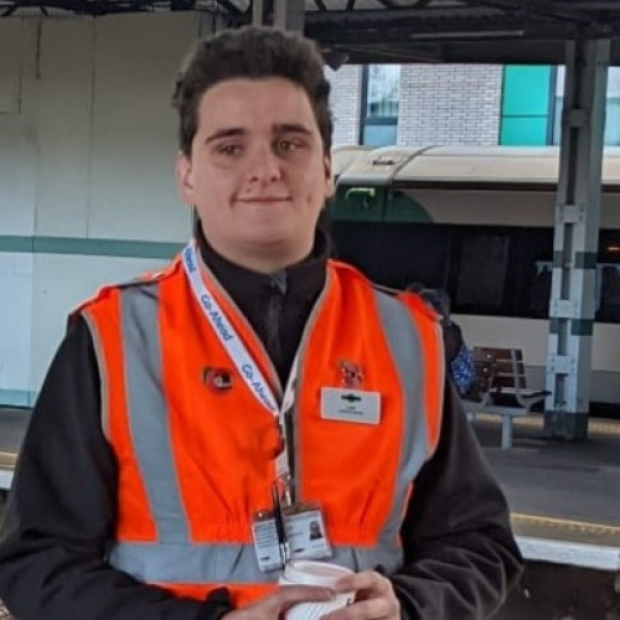 Said the following about Luke Fanning:

“I have nominated Luke Fanning for the Samaritans Lifesaver Award because of his dedication and enthusiasm, to our customers and the safe running of the railway.

Luke Fanning (Train Dispatcher) had a suicidal person at his station who was under the influence and attempting to go onto the track to cause themselves harm.

Luke's quick thinking by putting in a Rail Emergency Call to the Signaller, contacting the British Transport Police and intervened to prevent further risk to life by restraining her as she attempted to run down onto the track.

Luke handled the situation very professionally and stuck to railway protocol as per his safety critical and rail care training.

Luke kept control informed of the situation as best as he could and his actions directly saved her life.

We are so proud of Luke“

“I just wanted to say a personal thank you to you and your excellent team ! I was really pleased to be awarded the Highly Commended award on Saturday night and canâ€™t thank you all enough. I have really been grateful for your backing and have been heavily supported by everyone at Rail-Media during my first year of trading and this topped it off. I was very proud to receive the nomination and making the top three was incredible, I believe strongly that this is down to the team I have around me in advance-TRS but also the external teams such as Rail Media that have offered me advice and direction whenever called upon. I must offer a big thanks to Lianne for her kind words on the night, I was really impressed with the whole evening and think she deserves a big pat on the back (and some throat sweets). I must also thank Asif and Paul for their continued backing and availability on the phone whenever we are in need of deadlines and advise. I look forward to working with you all for many years to come, Thanks again,”