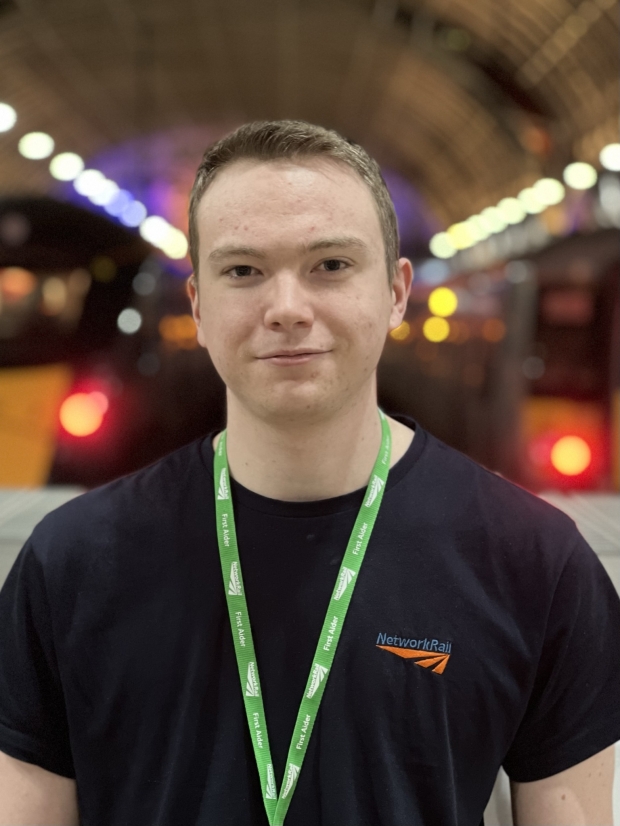 Said the following about Jack Stride:

“Jack assisted with an injured person at London Paddington and went above and beyond his duties in order to do this. This was the email, sent from London Ambulance service's Advanced Paramedic, who was determined to raise awareness of Jack's heroic efforts:

On Sunday I attended Paddington Railway station to the report of a male who had stepped on a train from the platform and sustained an open fracture of his leg. His leg was at a 30 degree angle with the bone clearly sticking out through the skin.

As an Advanced Paramedic in Critical Care I am only called to support my colleagues on the most serious of emergency calls. On my arrival there was a paramedic on a response car with one of your colleagues supporting the patient's leg.

Jack Stride, Station Control Assistant was supporting the patient's leg and was not put off by what was a horrific injury. I understand he was requested as a first aider on station to attend the incident prior to my colleagues arriving, although remained and formed part of our team caring for the patient.

I sedated the patient on scene allowing him to drift off to sleep whilst we pulled the leg straight to replace the bone where it should have been.

Jack remained and pro-actively supported the application of a cast on the patient's leg once we had manipulated it back into position.

He did not shy away and was really happy to contribute to the patient's care.

I think his actions deserve a special mention. He went way above what would be expected of him and was definitely the shining star of network rail on that job. I am sure he exceeded the values of your organisation.

I would like to record my thanks for his support and welcomed him into my clinical team to provide good patient care.“

“Do you know someone who works tirelessly to support their client or candidate's needs? Who takes on all those probl… t.co/3uEjLWLZgA” Posted 12th Sep 2022 10:14am

From The Rail Engineer said…

“Well done to you and everyone else who was involved for the Awards event last weekend, it went really well didn't it. Eve and I had a great time thanks, and it was really good to see everyone.”