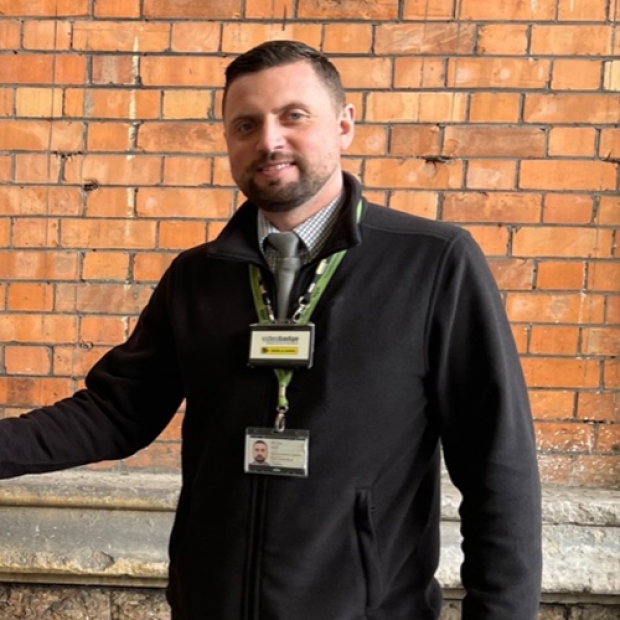 Said the following about Dale Lowe:

“Revenue Protection Inspector Dale Lowe, dealt with a suicidal 17-year-old young person on platform 3. This young person had been bullied into taking a large quantity of drugs from Cornwall to Wales. On this day Dale acted with both haste and empathy and without doubt the professionalism Dale showed on that day saved this young person’s life.

Noticing the young person was in a lot of distress and seemed mentally unstable. The young person said he had had enough and was going to kill himself. The male had texted his mum and informed her he was going to end his life, and immediately switched his mobile phone off. Dale believed the young person was serious about wanting to end his life. Dale had attended a Samaritan’s suicide course, and previously worked as a Prison Officer looking after young offenders and then working as P.E teacher in a Secure Unit for youths. Dale had to pull on his training and experiences to ensure the male engaged with Dale.

The young person had travelled from Cornwall and was on his way to Wales to drop the drugs off. Dale said there was enough Cannabis to fill a large carrier bag, there was also a knife and various other drugs in three different bags.

The young person said he had been doing this since he was 12 years old, and just believed there was no other way but to end his life.

That day he had been held at knife point to transport drugs, been beat up and told he would be killed if he did not transport the drugs. Also, on the previous day the young person’s mum was forced to take £4000 from her bank account and give it the criminal gang who had forced him to take the drugs.

British Transport Police attended and asked Dale to accompany the young person as he had built a relationship with him.

“I heard the RailStaff Awards 2014 was a huge success!! Everyone said it was brilliantâ€¦ So sad I missed it..”