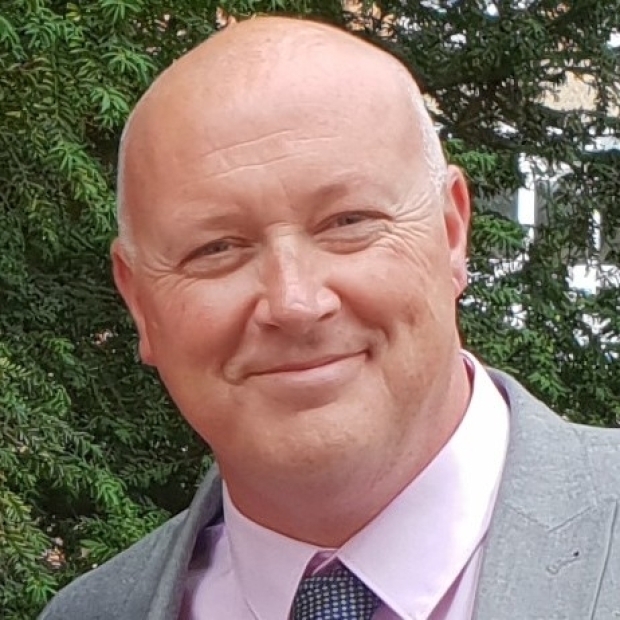 “Andy Hill is an amazing trainer, competence assessor, and approachable manager. He has extraordinary skills when it comes to blended learning, developing, and online web applications. Andy spends a lot of personal time helping those who up not up to speed or may have learning difficulties. He has been known to pick up a trainee in his car and take them to Tempsford level crossing at his own cost, to help enforce knowledge of level crossings along with PTS to help a trainee keep on track rather than falling behind. He has done similar things with others and has known to stay back after class to conduct 1-1 training in support of others for which he does not get paid and does not expect it. He merely loves supporting others ensuring they are safe in the real world.

After the struggles of learning for a minority, he used his skills to create a digital platform based on operational rules for staff to use as a resource. This can be found at http://uktrainingsolutions.com. What he didn’t realise was, that this went viral from word of mouth across Toc to Toc across the UK. He studies the results in his spare time of assessments and activities taken and intervenes when he sees potential risks and educates as needed. This helps numbers of rail personnel across the UK be safe with enhanced knowledge to minimise incidents/accidents based upon an individual’s knowledge gap on a particular subject.

This platform has taken off across the UK and has vast amounts of members studying rules and ensuring they are going out there with the correct knowledge. His platform is indicating over 13,500 rail personnel which is a huge testament to his dedication to safety and learning & development. His comprehensive PTS Assessment has a virtual assessor and based on responses depends on how this feedbacks to the trainee. I don't know of any other robust assessment that feeds back like this.

Some of the technologies he has enables him to make interactive route learning videos whereby it assesses drivers over routes in the UK.

When delivering training, his methods are that he injects technology into the class. For example, he has electronic polling which turns any smartphone into an interactive clicker that checks underpinning knowledge for all trainees rather than the old traditional way of asking a question to 1 trainee whereby others can be unsure. This enables him to ensure that all levels are knowledgeable about where it needs to be. If stats show there is a gap between certain trainees, he then covers this topic from a different approach.

Even though his abilities and dedication to help others learn are more in his personal time now, he currently works as a competency development specialist for Freightliner Heavy Haul (Rail) UK.

His contribution has people talking positively on social media, and rail forums, and feels that his efforts need to be recognised. The trigger for this nomination is that I recently in the last few days saw a post on LinkedIn explaining he was getting involved with adaptive assessments by using algorithms. He is going from strength to strength and no doubt he is a valuable asset to Freightliner.

The platform he created is at https://uktrainingsolutions.com“

“In the short time I have been at Freightliner, Andy has been friendly and more than approachable, willing to help and always has time all staff.

Andy has an extensive knowledge base and has always given me guidance through out my training, he's also pointed me in the right direction when it comes assessments and assessing staff. Andy walked me through his own training platform for drivers that he took time,( in his own time) to develop. Andy is thorough when it comes to competencies and railway safety, this shows in his platform.“

“I am nominating Andy due to his professionalism, and expertise in learning & development. He has this motto saying "I tell you, you forget, I teach you, you remember, I involve you, you learn". Andy is very patient and adopts various methods to cater to a wide audience with fantastic technology. Andy has a passion to help others to the point of using his personal time outside of work. He constantly supports rail personnel on his rail website in his own time, checks the assessments taken, and highlights safety-critical concerns directly to ensure the safety of the learner. He has a very keen eye for detail and is very thorough in what he does and always strives to make things better. His nomination is well deserved and wish him all the best going forward.“

“Andy is a fantastic manager with extensive knowledge on the RSSB rules. Since his time with us, he has educated and engaged with his main line drivers across 2 depots which resulted in drivers having more knowledge. Andy has created engaging technology which helps drivers being more focused on elements of rules and regulations. His recent success, is that he has created interactive route video assessments which ensures drivers, including new drivers having to know routes with great detail. This ensures that drivers are knowledgeable, increases safety and minimises operational incidents.

Andy has a great eye for details and is very thorough in everything he does. It is a breath of fresh air to have someone that has valuable qualities and find him very professional. I wish him all the best going forward and is a pleasure to work with. On a personal level, I have decided to stay on rather than retire due to having him here.“

“I've collaborated with Andy for a number of years in GTR. I first met Andy while working to support the "Get into Railways" initiative, a campaign to encourage young people to pursue careers in the rail industry.

Andy frequently gave his own time to help these individuals develop their knowledge and confidence. Unfortunately, access to the railway isn't always possible, and Andy simply had a huge way of inspiring the young people to believe they could accomplish anything.

Because Andy was a driver manager and I am a mother of a train driver, I have direct knowledge of how he has aided this community by devoting his time to assisting drivers in being their best selves. He is also aware that not all drivers acquire their skills in the same way.

To assist new drivers in developing the abilities and skills necessary to be excellent drivers, Andy has created and designed an online training platform. How wonderful that someone who is so dedicated to assisting others in learning a trade creates a platform to do so.

I hope Andy won't mind me mentioning that he has managed to do all of this despite providing daily care for his ailing father. I am aware of the calls he makes and the time he schedules each day to help out with his dad's care. I sincerely don't know how Andy manages to construct this training platform, work a full-time job, take care of his father, and perform charitable work. We will never know the learning and confidence he has given because he freely lends his support and training.

Andy is a genuinely lovely man who wants to improve the railway. To me, he is an entrepreneur with a platform.

Andy is one of life's confidence-builders, and his selfless dedication to creating a learning platform must be acknowledged. The requisite training must be so intimidating for a new driver who may have been out of school for some time.

These drivers may succeed and feel confident because of what Andy has accomplished. Helping people is just a skill Andy has, please take time to look at his platform you will be blown away.“

“I am nominating Andy Hill as he is extremely professional in the way he conducts himself in his day to day role with the Company, and also with his own Learning and Development programme on his rail website.

Andy is always helpful when training not only new starters, but rail staff in general, utilising his vast knowledge on the Rulebook, and the Railway industry in general.

In my new role as a Trainer, Andy has been a great help and support. He is always at the end of the phone, all hours of the day. His dedication and knowledge is second to none.“

“We are still on a high from the recent RailStaff Awards. Here is the official video of the night. We couldn't do it… t.co/Z9Au7iiUS8” Posted 7th Dec 2022 4:09pm

“Two of us from Knutsford booking office attended the Railstaff awards at the Richo Arena. Myself and Roy Wilson had the most wonderful time. The evening was fantastic and what a huge surprise we won "team of the year". Brilliant!!”