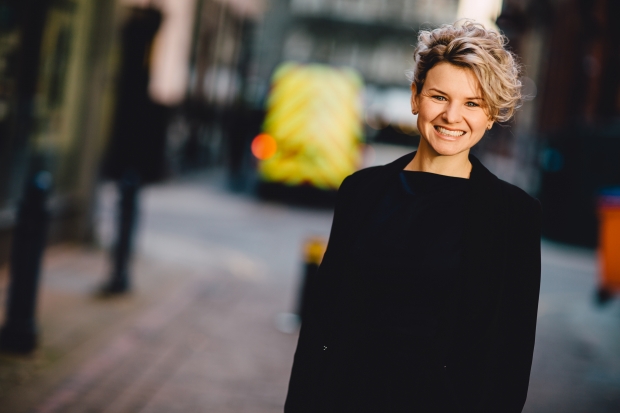 Said the following about Alesha Hancock:

In 2015, Alesha Hancock made a life-changing move from Australia to the UK to pursue a career in the UK rail industry, undertaking the role of Project Planner on the Northern Hub project. She has since been crucial in ensuring the overall success of the project, leading on possession and work activity planning, and introducing a number of improvements to processes. Her enthusiasm and thirst for knowledge have seen her thrive in a previously unknown environment, developing skills and relationships which have made a huge impact on the project.

After working on a number of projects in the Sydney area back in her homeland, Alesha took the bold decision to move over to the UK to learn more about railway construction techniques, gaining more exposure to the UK industry and developing live site experience. It was a decision that has since paid off, and seen her flourish in a planning position on one of the biggest rail improvement programmes in a generation.

Following discussions with people that had worked in rail construction, who provided her with an insight into the opportunities that the UK rail industry offered, Alesha made the ambitious decision to move her life to the UK and took up residency in Manchester on the Northern Hub project. It was a step into the unknown, moving to a new country alone, to work in a new and unfamiliar role. Prior to joining the project in September 2015, she had no experience of rail construction techniques and little understanding of the separate rail engineering disciplines interfaced with each other.

Alesha craved hands-on experience of working on an integrated rail project, and was supported by the Northern Hub Alliance, which allowed her to become the Alliance Integrated Construction Planner. As part of her role she developed the 12-week lookahead for all rail possession works and produced the weekly detailed possession programmes and accompanying staging plans that identified the onsite work activity logistics.

Since beginning her role with the Northern Hub Alliance, Alesha has played a crucial role in identifying and implementing improved planning processes across the project. She quickly established an improvement for managing and controlling the prioritisation of isolation permits and on tracking of machine, which made a significant difference to the management of overall critical activities. Alesha has also been instrumental in the successful trials of a new P6 system for managing programme updates using live updates from supervisors on site.

As well as managing the detailed railway construction programme, Alesha has eagerly worked as duty planner on the majority of complex weekend stages, including the 16d blockade over Christmas 2016 when she worked night shifts for the first time. She is someone who will take on any challenge with enthusiasm and is always willing to go above and beyond to achieve project goals. She is also an advocate of promoting women working in engineering and has supported Women in Rail groups throughout the Northern Hub Alliance project.

Aleshaâ€™s positive attitude and problem-solving ability have made her an asset within the Northern Hub Alliance, and the role she has undertaken has been absolutely crucial in ensuring its success. Her dedication to teamwork and supporting her colleagues to achieve results has made her a leading figure at the Northern Hub Alliance, which she has represented at several industry award ceremonies.

She has worked tirelessly in improving her rail construction knowledge and the levels she has reached in such a short space of time are remarkable. She shows real dedication to her role, working every day with a smile on her face despite being so far from home (and the sunshine of Sydney!)

Alesha is a role model in engineering and proves that you can achieve fantastic things with enthusiasm and a can-do attitude. She is a credit to the Northern Hub Alliance and her hard-work and dedication to succeeding in her role make her a perfect candidate for Rail Person of the Year.“