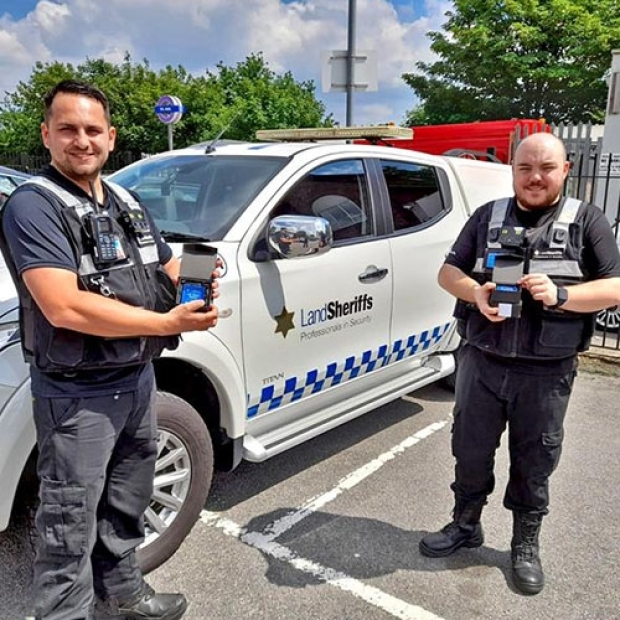 “On the 20th April 2022 at 11:51 Aaron & Jack received a call from Land Sheriffs Control requesting them to attend the Station due to reports of a suicidal person at the station.

At 12:05 both Aaron & Jack arrived at the station and liaised with platform staff who informed them that the male was still at work and would be coming once he finishes his shift.

12:16 Whilst on site they were alerted to a male acting erratically on platform 1. The team immediately made their way over and searched the platform when staff pointed the person out on platform 3.

The team approached the male in question and they overheard the male on the phone saying he is carrying a BB Gun and razor blades on him and that he has consumed 26 paracetamol tablets.

Upon hearing this Aaron Mohangee and Jack Evans have turned on body cameras 291766 and 291772 and began to approach the male. They informed the male that he is being recorded for their safety and his safety, they have asked him if he has any weapons on him and if so too slowly place them on the bench next to him. The male emptied all his pockets and showed them his waistband and cuffs with nothing tucked inside. They then asked the male why he was at the station and he said he was there to go to Liverpool Street, they then asked him again as to why he was there and they asked him to be honest with them. He replied he was here to kill himself by jumping in front of a train, but didn't want to anymore. Aaron and Jack then told the male that due to what he has told them they would need to get the police involved as they were concerned for his welfare.

The male was then ushered into the waiting room so they could talk to him without being interrupted by trains and to give him some privacy as to what he was saying to them. The male informed them that he had bitten a random person the day before and he also informed them that he left hospital at some point in the last 12 hours but he couldn't be specific when. He informed them he was under the care of the mental health team.

BTP officers arrived onsite and Aaron and Jack explained the situation to the officers. He officers then had a chat with the male.

BTP agreed to take him to hospital for further checks where he will be sectioned under 136.

Both Aaron and Jack were praised for their assistance and how well they handled the situation.

Both staff members acted professionally and kept the male calm. Great work by both Aaron and Jack, well done.“

“I've just had time to review the November issue and would offer my most sincere congratulations for the success of the second awards ceremony, it looked a fabulous night, our guys thoroughly enjoyed it and especially so as we were fortunate to have another success. Congratulations to you and to all the team, fantastic effort.”