Judges for RailStaff Awards 2022 will be announced soon. 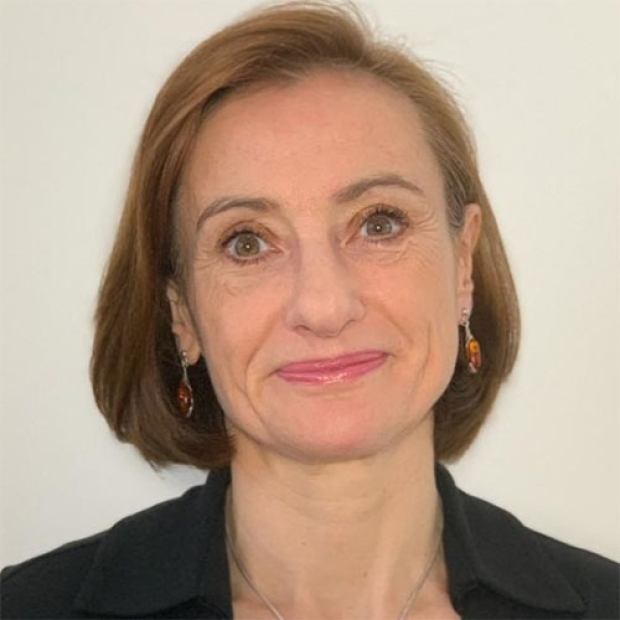 Egis Transport Solutions, Marketing, Legal and EDI Director at Egis and Founder of Women in Rail

Prior to joining Egis, Adeline spent 20 years at Angel Trains, one of Britain’s leading rolling stock companies, acting as sole legal counsel of their European business for 7 years and then as General Counsel, a role she held for 10 years.

In April 2012, Adeline created Women in Rail, a charity aimed at improving gender balance, diversity and inclusion across all grades and roles within the UK railway sector through supporting, developing and attracting diverse female talent within the industry.

Since 2016, Women in Rail is a registered charity offering networking opportunities, development workshops and a cross-company mentoring programme through its 8 regional groups to over 8,500 members, people of diverse background, ages and identities from across the UK railway sector.

In November 2020, Women in Rail, in collaboration with RIA, launched the first ever railway industry EDI Charter, now signed by over 170 companies within the sector.

Today, Women in Rail remains almost entirely run by volunteers and is a visible, influential and credible champion of gender balance, diversity and inclusion in the railway.

Adeline stepped down from her role as Chair of Women in Rail in October 2021 but remains passionately committed to helping improve diversity in business and the UK railway sector.

Birmingham Centre for Railway Research and Education at University of Birmingham, Centre Manager

Prior to joining HS1, Dyan was the Chief Operating Officer at Govia Thameslink Railway.

Dyan has worked in several Senior Director roles at Network Rail including Route Managing Director of the West Coast Main Line and Director of Operations. She has over 30 years’ experience in the rail industry.

Dyan, 57, has a Masters in Transport and Logistics from Salford University and is a member of the Chartered Institute for Marketing and Fellow of the Institute of Leadership and Management. She is also a qualified Executive Coach.

Dyan has extensive experience in the Boardroom having sat on the Board of an NHS Trust for 5 years, been a Trustee for the Railway Children registered charity, and been a member of the British Transport Police Authority and the Advisory Panel to Crossrail. Dyan is currently NED for East West Railway, a Trustee for Women in Rail, Chair of NSAR and is on the GBRTT Advisory Panel.

Originally from Wiltshire, Dyan has three children and enjoys cycling, running, extreme walking and travel. Dyan is an active mentor and coach and is passionate about helping people develop their leadership skills. 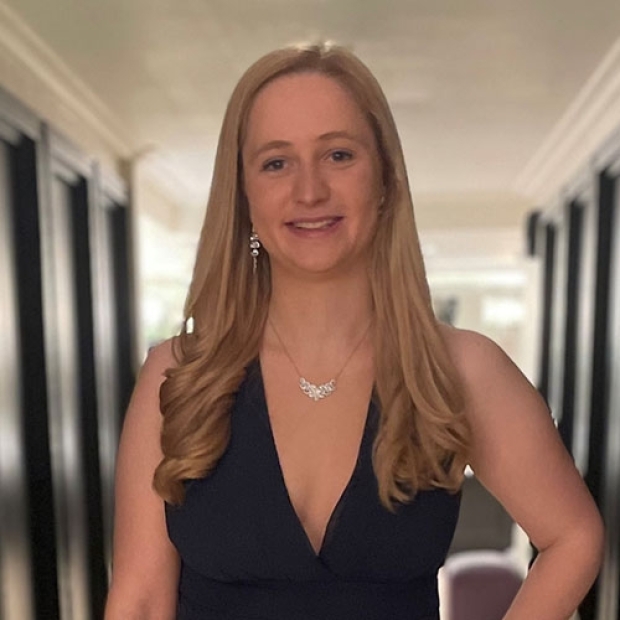 Fi Westcough is the Chair of the Young Rail Professionals (YRP). YRP is a volunteering organisation which provides people around the UK with opportunities for Professional Development and Networking with peers, including technical seminars, site visits, international tours and socials. YRP aims to promote the rail industry as a great place to work, inspire the next generation of railway talent, and develop young people to reach their potential.

Fi has been heavily involved in YRP since April 2020. As East Midlands Vice Chair, she organised 15+ events, ranging from technical webinars to mental health workshops. As National Marketing and Branding Manager, she supported the new website launch, and delivered emails & social media posts to promote YRP events and initiatives. As National Vice Chair, she was primarily responsible for YRP’s 20+ Corporate Member relationships, bring in much needed funds to run the organisation.

In 2019, Fi joined the rail industry as a Graduate Engineer at Atkins (member of the SNC-Lavalin Group), a multinational engineering, design, planning, architectural design, project management and consulting services company. In her time as a graduate, she supported two major clients on secondment – Bombardier (Alstom) and Transport for London – as a Systems Engineer and a Rolling Stock Engineer respectively. She now resides in Atkins’ Strategic Rail Market team, supporting business development opportunities, identifying market trends and looking at how Atkins’ services can adapt to clients' ever-changing needs.

On top of this, Fi is an associate of the Institution of Mechanical Engineers (IMechE) and is working towards Chartership. She is passionate about inspiring the next generation of engineers.

All of her efforts within Atkins and YRP culminated to winning the 'Future Leader' Award at the Rail Industry Association RISE Awards 2021, being Highly Commended for Young Professional at Rail Business Awards 2022, and shortlisted for Rising Star at the Women in Rail 2021.

Transport for the North, Chief Executive

He leads Transport for the North as England’s first Sub-national Transport Body, giving the North a strong, unified and determined voice on transport investment to benefit the region.

Martin has more than 20 years of experience in strategic transport and infrastructure planning at national, regional and local levels.

Immediately prior to joining Transport for the North, Martin was Director for England’s Economic Heartland (EEH) – one of England’s 7 Sub-national Transport Bodies. Here, he led the creation of the EEH Transport Strategy – Connecting People, Transforming Journeys. This ambitious strategy sets out how the region’s transport system can support economic growth while delivering net zero emissions by as early as 2040.

RailStaff Editor, Matt Atkins, has worked in journalism and publishing for over 15 years. In that time, he’s worked for numerous trade publications focusing on sectors as diverse as high finance, recruitment, maritime shipping, and now rail.

Matt joined Rail Media from the academic publisher, Taylor & Francis, where he edited leading journals covering the humanities, science and technology, and medicine.

Prior to these sectoral CEO roles, he held senior positions in government departments for education and business where had responsibilities in skills, employability, English and migration, regional economic development and European Structural Funds.

Neil has also worked with Babcock, City & Guilds and the Scottish Qualifications Authority.

In his spare time, he likes riding motorbikes and planting trees.

Before the Railway, I had spent all of my adult life on long term benefits. I had to drop out of school and it meant I didn't do very well on my GCSEs. I had been struggling greatly with my mental health at this time and I found myself in supported accommodation. When I was able, I filled my time playing drums, volunteering and providing mental health training to the NHS and schools from the point of view of a service user. I received alot of support from some fantastic charity's (Barnardos, Off The Record, Mind Your Music, Help!, 16-25 IP - to name a few).

As I gained in confidence and resilience I was pointed towards The Princes Trust who were running a "Get Into" programme with GWR - a 4 week work experience course across different roles. I grabbed the opportunity with both hands and didnt let go as I could see it was a real chance to change my life for the better. The Princes Trust and GWR supported and mentored me into the company and I eventually joined as a Ticket Examiner as the first Princes Trust young person to successfully get in. I remained passionate that other young people benefited from the opportunity in the way I had and helped run future GWR "Get Into" courses. I am currently a Dispatcher and awaiting my start date for Trainee Train Driver - 2 years into my career. GWR and The Princes Trust helped me transform my life.

Tim Hedley-Jones is Executive Director of the Railway Heritage Trust, a role he started on 1 April 2022. Prior to that Tim worked for Transport for the North on the Transpennine Route Upgrade Programme.

Between 1999 and 2018 Tim worked for the East Coast franchise in a number of Customer Service, Programme Delivery and Business Development roles, latterly as Major Projects Director.

He was involved in the development of the Intercity Express Train, the redevelopment of King’s Cross Station and built a new station at Wakefield Westgate.

Prior to joining the railway industry Tim was a diplomat with the Foreign & Commonwealth Office; he lived in Russia for three years. Tim has always been interested in heritage issues, completed an MA in Archaeological Heritage Management in 1999 and was a Trustee of the Council for British Archaeology between 2015 and 2021. He lives in York.

Prior to G&W UK/Europe she was the Head of HR for a FTSE listed global diversified mining company, Eurasian Natural Resources (‘ENRC’) PLC, spanning Europe, South America, Africa and Kazakhstan.  Prior to RNRC she spent 16 years working in financial services related environments in subsidiaries of Barclays, ABN Amro and Hitachi Capital.

Ms Appelbe earned a business degree from University of Limerick, Ireland and is a member of the Chartered Institute of Personnel & Development. 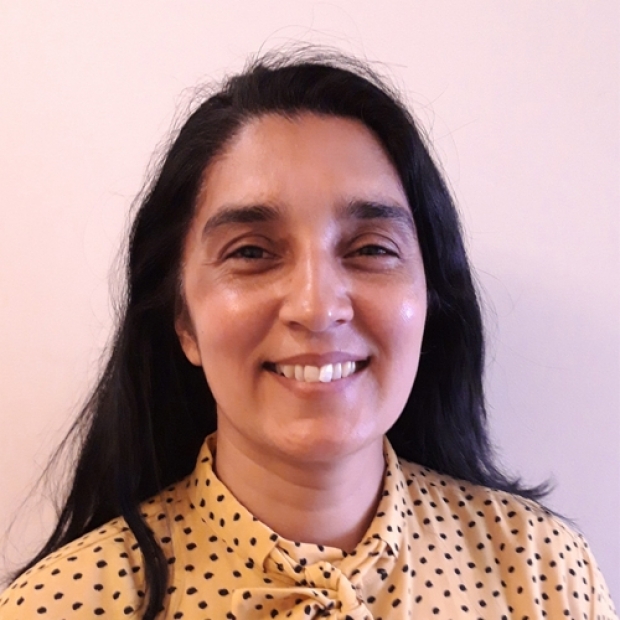 Sonya Trivedy is Executive Director of Income and joined Samaritans in February 2019. Over the past 15 years, Sonya has held several senior roles within large not-for-profit organisations.

Sonya is responsible for leading income generating activities across Samaritans, to ensure the organisation is able to run and develop services across the UK and Ireland ensuring the organisation continues to deliver support 24/7.

She also manages strategic partnerships, in particular working closely with the suicide prevention team at Network Rail to deliver their joint goal that few people die by suicide.

“Just a quick email to thank you and the whole team for organising a superb event on Saturday night. Garry Shaftoe and myself had a thoroughly enjoyable time, and although sadly he did not win, we had a wonderful evening and met some remarkable people. Thank you once again.”