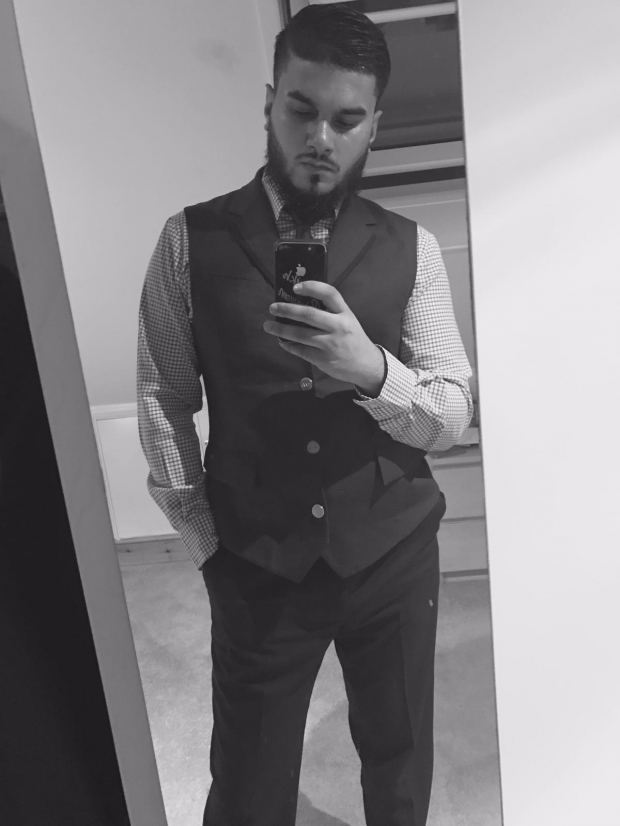 “Rizwan Javed is a station assistant at Ealing Broadway. We are nominating him for the lifesavers award as in the last year Rizwan has had 3 interventions with customers who have indicated they wanted to commit suicide.

Rizwan works a 24 hour shift pattern yet he is always alert, looking out for customers and vulnerable people no matter what shift he is on.

One particular intervention stands out for Rizwan, he was working on platform 1 on his nightshift dealing with an altercation between two passengers when Rizwan looked across the platform over to platform 2 and saw a young lady crying, she took off her shoes and placed them near the safety gates with her bag and began to walk towards the edge of the platform. Rizwan shouted at the lady several times but she seemed to ignore him and continued crying. Rizwan then ran over to platform two as he knew there was a train due imminently. As he reached the platform he started speaking to the lady who told him she had had enough of life and did not want to live anymore. It was the anniversary of her father committing suicide at the station and she blamed herself for not being able to stop him. Her mother was currently in hospital and the pressure was getting to her. Rizwan successfully managed to bring the lady away from the edge of the platform where the lady then hugged him tightly and said she didnâ€™t know what would have happened in front of that train. Rizwan took her to a quiet office and called the BTP. The lady had concerns as she felt this incident may affect her career, her family were called and she returned with them.

A week later the lady came back and said thank you to Rizwan she said that if it hadnâ€™t have been for Rizwan she would not be here today.

Ealing Broadway has a daily footfall of 60,000 passengers passing through and travelling. When on night shift Rizwan is the only person on duty for stations. Rizwan has a natural ability to spot a vulnerable person and helping them. He is a credit to the team.“

“I have been acquainted to Rizwan for a number of years & during this time his professional conduct has been impeccable.

He is an immensely caring person who is always ready to help disabled as well as vulnerable passengers in distress.

There have been numerous occasions whereby he has demonstrated his caring side by going beyond his duty to help individuals in dire positions.

Rizwan deserves all the adulation & accolades which comes his way.“

“Having worked with Rizwan for several years, I can attest to his caring nature and ability to respond to a crises. He has an awe inspiring ability to empathise and get through to a person in the deepest throws of depression. Rizwan is the reason multiple people are still alive today. His bravery and heroism have had a profoundly positive impact on multiple people, and true to his nature, he is humble and reflective on the gravity of this. He has been a shining light at this station, and I believe his actions deserve the highest level of recognition.“

“Just to say that my team and I had a fantastic night, (and no, not just because I won Rail Person of the Year ). Thought it was a great venue, fab food, entertainment & company - just a brilliant forum & event for the whole industry - wish you all many other successful years to come. It's obvious that really successful nights on all levels like this, don't just happen, congratulations & thanks to you for all your hard work in making it happen - you really deserve it!”