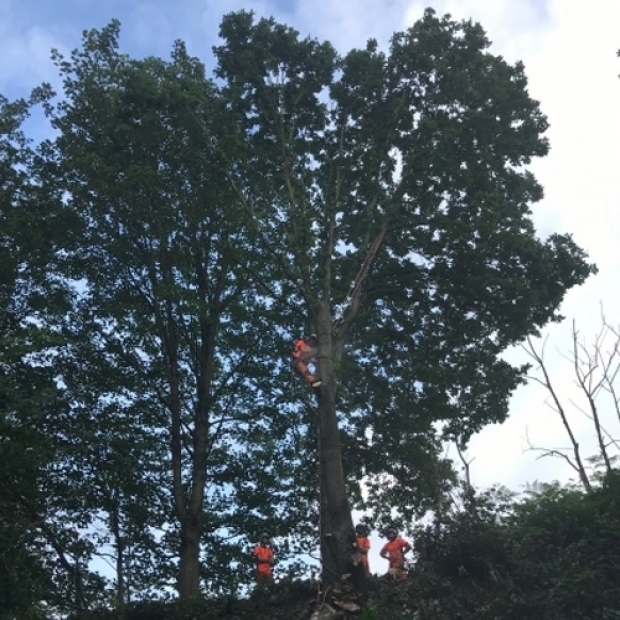 Said the following about Wakefield Off Track:

“Whilst called the Wakefield Off-Track team, this group covers sites across Yorkshire and Lancashire. Their team can be called upon for everything from dry stone walling to animal incursions, as well as providing vital support during major incidents, fatalities and complex police investigations.

The team always look the part, have the right tools and training and work quickly to deliver on the principle of putting the customer first.

Recently, the team have been involved with upgrading access points throughout our area and have completed works under budget, within timescales and left places just generally looking much better than they previously had. This means that maintenance and operations staff have safer access under better conditions to keep the railway and our passengers moving.

Within the last year we have had to deal with terrible weather, including flooding, which has led to landslips and trees falling onto the line. The swift and professional work undertaken by their high access and chainsaw teams has meant that tens of thousands of pounds in delays have been avoided. Further to this, the same team have personally assisted operations staff with the recovery of a trapped train stuck in a tunnel following an animal incursion between Huddersfield and Penistone. This resulted in a number of people being evacuated from the train and being able to continue their day.

Every member of the team gets involved, and this includes the team manager and supervisor. Both frequently attend at major incidents within the area to offer hands on support and expertise to the operations teams and Rail Incident Officer.

Without the continued support and professionalism of the Wakefield Off-Track team this would be a much more difficult job - and our customers would certainly know about it!“

“Just wanted to say thank you to you and everyone at Rail Media for Saturday, it was a great night and even better we came back with an award!”