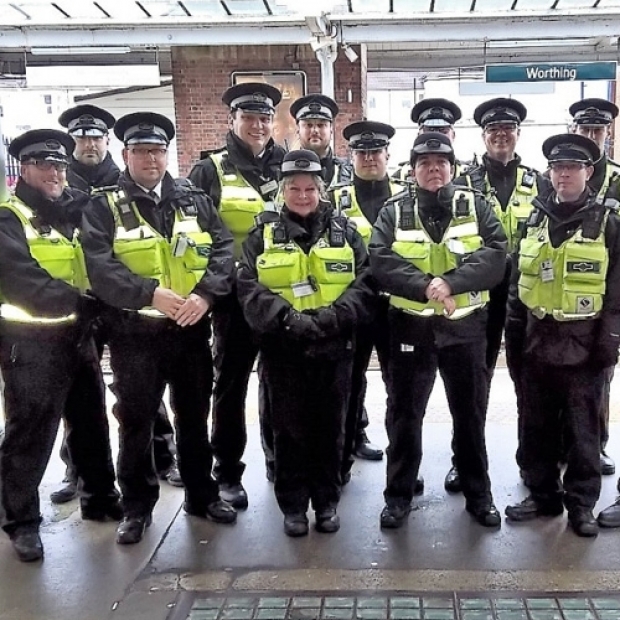 Nominations for Rail Team of the Year

“As the Southern REO Manager, I would like to nominate my team in the category "Rail Team of the Year" for many reasons. Firstly I am immensely proud of each and every one of them in terms of resilience, professionalism and attitude they show every day in order to keep both our customers and colleagues safe. With only a team of 30 across the whole Southern network, it is astounding the results they have achieved over the last year.

Over the last 12 months, Southern’s Rail Enforcement Team has engaged with both BTP and the communities that our network serves in a number of collaborative ways in order to make our network safe and secure for our fellow staff and passengers.

BTP Operations such as Byers, Wiggins, Carbuncle, Icebox and Sceptre have all had REO support and assistance, and such operations are designed to combat Knife Crime, Vagrancy, Theft, and Violence against the person, cycle crime and the “County Line” Drug Problem.

In addition, the team has also been involved in delivering Passenger Security Awareness Events across the larger stations within Southern, whereby REOs speak to the public, reassuring and educating them against the dangers of not acting when they witness suspicious activity.

Over the last 13 periods (12 months) Southern’s Rail Enforcement Team have directly assisted the Emergency Services on 417 occasions and have actively generated 122 arrests for the British Transport Police. Circumstances of such arrests include those that are wanted for offences including burglary, theft, assaults, drugs and bladed or sharply pointed objects.

REOs have also located numerous missing persons and enabled their safe return home, often engaging with these individuals as a result of instinct, ticket checks, and police intelligence or as a result of carrying out one of 560 Police National Computer checks which have identified individuals as “Missing” or “Wanted” for the various offences as mentioned above.

Rail Enforcement Officers have also potentially saved the lives of 79 people suffering from mental health issues, by intervening and taking them to a place of safety after they had expressed a desire to end their lives.

REOs have also submitted a total of 575 “Intelligence Reports” for the BTP, generated from their day to day patrolling activities.

In addition to the above, the Rail Enforcement Team have issued a total of 3000+ sanctions for Fare Evasion.

10,000+ Children have been taught rail safety in the form of an interactive presentation, delivered solely by REOs at safety events and school visits across the Southern network.

100+ Cycle surgeries conducted by the REO team, alongside and independently from the BTP – helping to see significant reductions in cycle crime in some areas and also allowing Police to reallocate their resource to more serious crime.

REO Operation “Dark Knight” was developed in order to provide monthly night patrols on Southern services across the network. Not only has this been extremely successful, it again has allowed there to be uniformed coverage on parts of the network that BTP would often not get to, due to resourcing at night. This has had an extremely positive impact on the feeling of safety and support to our night working front line colleagues

The REO Team has also been heavily involved in working at events, often working alongside BTP during football games at Falmer/Brighton, Pride and Lewes bonfire night, demonstrating their complete versatility, making them a valuable resource for Southern“

“I have worked with this team on a number of occasions and this is a great team to have by your side through thick and thin.

I work for the Special constabulary at Brighton and Gatwick for the BTP. There be times were I will arrange joint operations with the REOs or public events where we will meet.

Without them, the BTP wouldn't gain the fantastic intelligence reports to ID any persons of interest who are involved in crime and ASB. Also knowing local offenders and partners of travel or behaviour.

Last month we were working at Uckfield carnival were I was standing outside the front of the station. One of the REOs pointed out a male who was acting suspicious. With this spot he was stopped by myself and local officers to find this male was in breach of his banning order where he was arrested and reported. If it wasn't for them then the male would have continued to walk around causing possible problems in town.

This is one of many examples and experience I have with the team and I always try and plan my shifts to involve the guys and girls as they show great team work, passion and a great will to complete the job when the situation is good or bad.“

“As Team Leader for this group of individuals, I am proud of the way they can turn their hand to any situation. The team work tirelessly to ensure the needs of the business, whether it is an event such as PRIDE or problem areas, are dealt with effectively. The team are keen to promote safety and have a 'can do' attitude regardless of what is thrown at them on a shift. A fantastic team who do the industry proud.“

“The team of REOs (including Zoe, Smed, Chris, Phil and Jake) have formed a pivotal part of our Safety in Action events this year teaching nearly 6000 children to stay safe around stations, at crossings and not to go on the track.

They also help set up and clear these events and are a strong part of the team.

I know if I have a request - they will action it whatever the time or weather!“

“Sothern’s Accredited officers play a key role in BTPs policing family. Tackling anti-social behaviour, protecting the public and rail staff. Supporting the police to provide reassurance and safety on the railway network. They have embraced a problem solving ethos on their line. Not only being the visible authority figure on the trains, but also by introducing a mobile element to better serve and address issues. They have recognised the need to think outside the box, to address the lines ASB problems by working with BTP to introduce Community Protection Warning and Notices“

“Many thanks for organising and inviting Ann and I to a great evening. It is most appreciated and a pleasure to be involved with such a professional ensemble as Rail Media.”