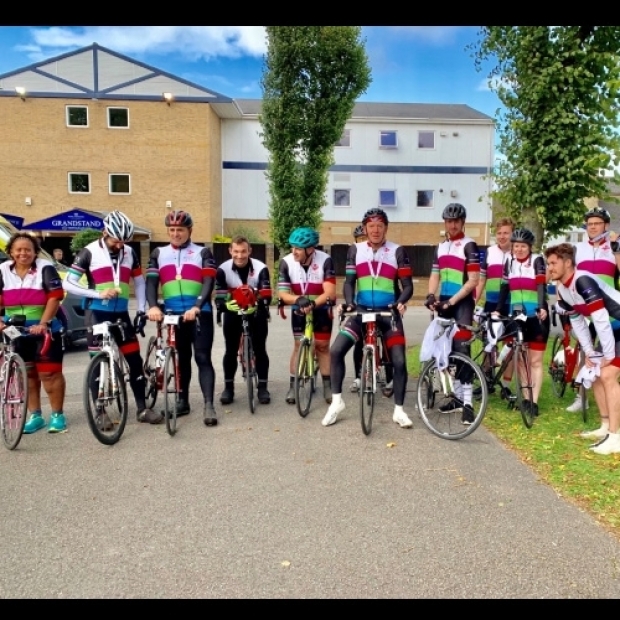 In 2014, the ‘Get into Railways’ programme was created to initiate a partnership between Govia Thameslink Railway and The Prince’s Trust, to help young people secure employment and become more active players in the community. GTR and the Trust believe all young people should have fair opportunities in life regardless of background or social barriers they may face.

This award-winning programme would not be so successful without all the managers, employees and volunteers within GTR.

Wherever you go on our network you’ll come across a successful Princes Trust young person now in employment, a progression mentor helping and supporting them, or an employee just wanting to share their knowledge and experience to help a young person develop.

Six months ago, a team of 22 employees from GTR that included former Princes Trust Candidates, Station Managers, Station employees and our Finance Director and Chief Executive embarked on a gruelling training programme to prepare for the Palace to Palace Charity Cycle ride for the Trust.

The ‘Ultra 90 Mile Route’ version of the ride (as opposed to the shorter 45-minute version) goes from Buckingham Palace to Windsor Castle, a ride that will take 6-8 hours to complete.

The GTR team has both experienced riders and employees who have never been on a bike for a long time.

So far, the team have raised over £5,500 which the leadership team in GTR have matched, for a total of £11,000 going to the Trust. The ride is particularly appealing to employees who came through the Princes Trust because it gives them an opportunity to give back to an organisation that’s had such an impact on their lives.

One of the young riders on the day is former Princes Trust candidate Ben O’Day. Ben often speaks powerfully about the Prince’s Trust, how it changed his life and gave him opportunities that were not available to him when he joined. Ben has said that this ride is his opportunity to give back to all the people in GTR who gave up so much of their time to support him and others like him.

The team are all dedicated to supporting the partnership with the trust, a meaningful way for GTR to support communities and have a positive effect on young people across our network.

I have nominated this team for their care, compassion and sheer determination to make a difference. It’s fair to say that they had to work really hard to raise this money, this included cake sales on various stations, individual sponsorship's and a raffle.

The team faced a horrific day, full of rain, wind and cold. GTR is extremely proud of the team. They have really worked hard to improve the lives of those less fortunate.“

“Jayne and I had a fantastic time in Vegas, there is so much to do. The hotels and casinos have to be seen to be believed and the strip at night is truly a sight to behold. I would just like to say a big thankyou to all the staff at RailStaff for all your help and support that we received throughout the process, we were treated like VIP's.”