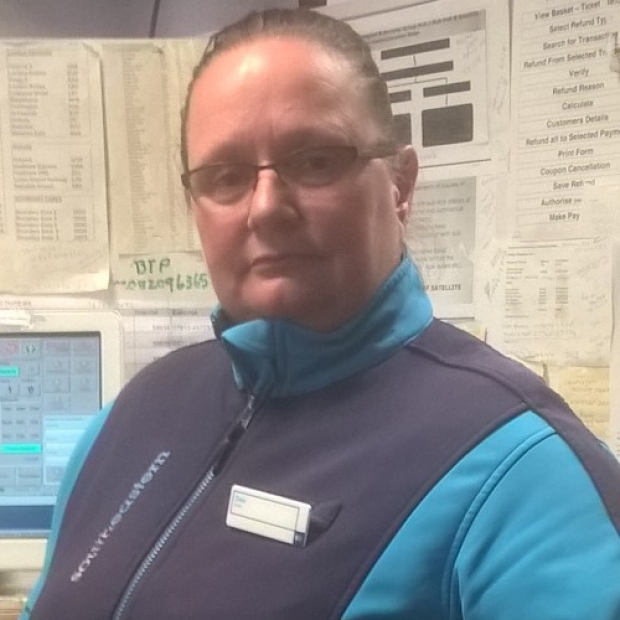 Said the following about Denise Janes:

“Dee Janes, along with her colleague Bob East, are Booking Office staff at Southeastern Shortlands Railway Station and have been the key charity fund raisers within our Station Area. Over the last ten years they have raised over £176,000 to support charities and worthy causes where over the last three years they have focused on local charities. They have achieved this through running an annual Fun Day at the station car park over the last ten years which has grown each year, giving something back to the local community whilst engaging them to raise money for charities. The event has grown to the extent that local MPs attend, together with the Mayor of Bromley, senior Southeastern Management, Rotary Club with BTP attraction with a response vehicle, Fire Service with a fire engine, local school doing music events with celebrities, together with bouncy castle, various games, stalls, a large dog show and raffle with prize donations from the local community.

They have also held various Breakfast Mornings from the station booking hall doing sausage and bacon rolls, together with food events at Halloween and Valentine’s Day to raise money for the charity or good cause they were supporting that year. One of their breakfast mornings raised £1,375 alone.

At Christmas they have also engaged a trader to sell Christmas Trees with £5 donation from each tree sold going to charity with the support of Southeastern and in 2017 this raised £1,600.

In 2017 they also arranged a classic car show in the station car park.

One of the most touching fund-raising charitable events they engaged with was in 2018 where one of their passengers, who purchased tickets every day, went sick. The lady Dee and Bob became to know as Cheri had breast cancer. Every day she came through she was always smiling, she was so strong, they removed her breasts and Cheri also had chemo, but sadly that didn’t work. Dee and Bob set about giving her and her family a weekend to remember. They raised money to buy the family tickets to see a London West End show and paid for their meals. Dee persuaded our Managing Director to help by paying for the accommodation for the family. They presented the family with flowers and she was really sick by then and was only let out of hospital the night of the booking. Cheri struggled really hard but the family said we made their weekend as they were preparing the ten year old daughter to cope when her mum left this world. Dee got to hear about a drug that could extend her life so a fund raising page was set up and they also took it to the London Evening Standard to ask for help. Dee and Bob quickly raised two thousand pounds at their Shortlands Station asking for their passengers to help and the Go Fund raised well over £50,000 pounds, sadly she died before they could give it to her. The London Evening Standard even did an article about this on 10th January 2018 regarding the £62,000 that had been raised on Just Giving.

Some of the recent charity events have raised the following money:

Said the following about Denise Janes:

“Always performs for charity and carry’s out lots of events for this at her local station (Shortlands) always gets people involved including customers and staff ,her dedication excides her she so cares for her community“

“Just a short note to say that I thought the Awards on Saturday night were superbly done and a great event for everyone. Nicely informal, there was never any of the stuffiness that has accompanied some of the Awards ceremonies that I have been used to attending. Particularly laudable was the fact that you got 500 people to your inaugural event, which was an outstanding achievement.”