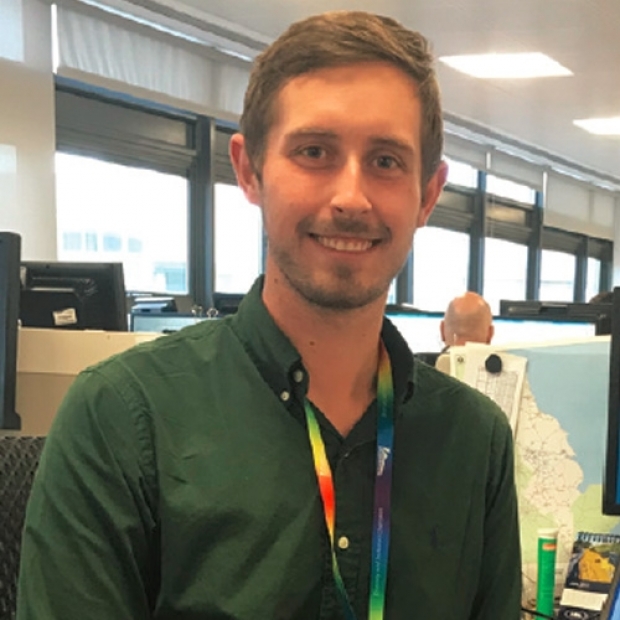 Said the following about Dale Jones:

“Dale is a young graduate engineer working for Network Rail on the high profile Northern Powerhouse Rail (NPR) Programme in Manchester. Since joining the Programme he has made a significant impact in the fields of engineering management & systems engineering well beyond that expected from someone of his age and experience. The Programme has exposed Dale to numerous stakeholders, both internal and external to Network Rail, and he has been routinely recognised by them for his contributions and excellent behaviours.

Dale joined Network Rail’s Engineering Graduate Scheme in September 2016 with a MSc degree in Mechanical Engineering from Swansea University. He initially started on NPR in May 2018 to undertake his final 6 month placement as part of the scheme. He quickly impressed and was permanently appointed as an Assistant Project Engineer in Systems Engineering on the Programme around 6 months later.

Following appointment, it was soon clear that Dale had the potential to operate beyond the normal activities of his role and was consequently given additional challenging tasks in which he always succeeded.

One of Dale’s most notable achievements on NPR so far is independently developing a complex Technical Assumptions Register tracking key assumptions on this far reaching Programme and those with significant interfacing schemes such as HS2 Phase 2B and the TransPennine Route Upgrade Project. This has been well received by representatives of NPR’s co-clients, Transport for the North and the Department of Transport. It is anticipated that the Register designed by Dale will evolve and be maintained throughout the whole lifecycle of the NPR Programme.

Outside of his NPR role Dale also volunteered to be a Network Rail Diversity Champion, a role which sees him acting as a point of contact for anyone who has any problems or concerns with Diversity & Inclusion either in and outside of the workplace.

In summary, despite his young age Dale has demonstrated his ability to work creatively on his own high impact initiatives and master new skills quickly, is already well respected by the wider Programme team and if he maintains this level of performance has a highly successful career ahead of him.“

“Just a short note to say that I thought the Awards on Saturday night were superbly done and a great event for everyone. Nicely informal, there was never any of the stuffiness that has accompanied some of the Awards ceremonies that I have been used to attending. Particularly laudable was the fact that you got 500 people to your inaugural event, which was an outstanding achievement.”