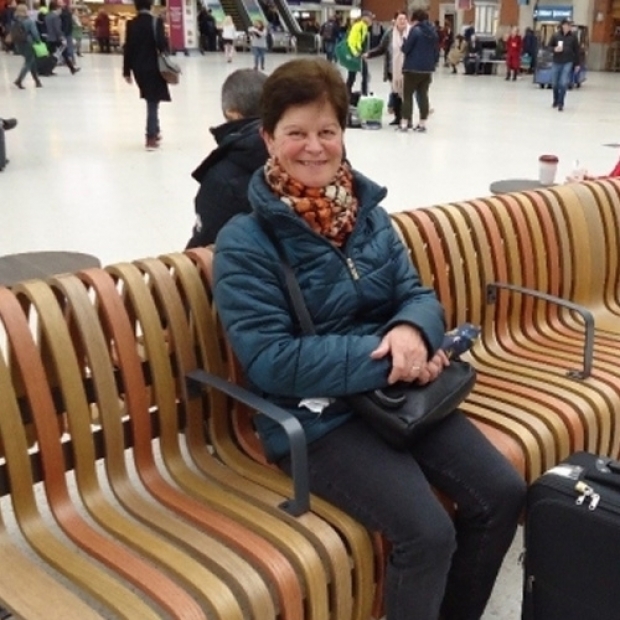 “The Brighton Main Line Improvement Project is an engineering programme carried out by Network Rail with the support of its partners, UK Government and Govia Thameslink Railway (GTR - operating as Southern, Thameslink and Gatwick Express),, to improve the reliability of the railway through four Victorian-era railway tunnels, Haywards Heath, Patcham, Balcombe and Clayton, by reducing leaks and improving drainage, improving power systems, renewing track and signalling and enabling trains to switch tracks to improve their frequency and reliability. Our combined passenger focussed objective was to reduce the number of delays affecting that part of the line by up to 15% and reduce passenger â€˜delay minutesâ€™ by up to 15%.

Against a background of historic performance reliability issues on the southern part of the Brighton Main Line and pressure to rapidly, efficiently and effectively deliver asset resilience improvements funded by the Thameslink Resilience Programme, Network Rail successfully undertook and completed a nine-day engineering blockade, from the 16 to 24 of February 2019, delivering more than Â£38m of works across 26 worksites across the 30-mile footprint of the project.

This blockade was innovative in that it used a school spring half term week to deliver the works. Usually such blockades are reserved for Christmas or Easter periods, and sometimes over the summer months where possible. The use of a school half term to deliver such a complex and integrated programme of works on a critical main line commuter artery, represents a first for the rail industry.

The work focussed on an area at the southern section of the Brighton Main Line, from Three Bridges to Brighton/Lewes, where a number of Victorian tunnels, aging track and signalling systems were causing almost half of all delays experienced with trains entering the Thameslink Core from the south.

Undertaken conventionally the work would have taken 79 weekends and over two years to deliver. Consultations were carried out with a range of stakeholders and it was concluded that it would be preferable to deliver within a longer blockade which would also provide immediate benefit from the work and would have less impact on the local economy.

The work directly affected approx. 40,000 customer journeys who use the lines daily requiring a step change in approach from that of managing a traditional engineering blockade to one of delivering a complex service delivery strategy, focused on the needs of the customer.

Without this programme of work, reliability on the Brighton Main Line would have deteriorated into the future, leading to more delays for passengers travelling between London and the south coast.

The collaborative approach between Network Rail and GTR, which focused on delivering for the customer, has been a significant success for the industry and potentially opens the way for Network Rail and other routes to consider longer mid-week blockades of the network.

â€¢ First major upgrade to the line between Brighton and Three Bridges in more than 37 years.

â€¢ Victorian-era tunnels built in the early 1840s, and not significantly improved in almost 180 years

The programme of works:

â€¢ 16 kilometres of conductor rail to be renewed

â€¢ Replacing track and sets of points, which enable trains to switch between tracks

The extent of team working:

Team working was at the heart of the project. The collaborative approach between Network Rail and GTR ensured a successful focus on â€œdelivering for the customer.â€

Following proposals made to the Department for Transport to demonstrate the blockade was deliverable from engineering and passenger management standpoints, three main pillars were set up to manage the programme with both NR and GTR jointly involved in developing detailed primary and contingency plans and then managing and reviewing progress. Later in the programme a fourth Pillar was set up to manage the associated maintenance and operations interface to the programme.

Engineering Pillar â€“ this was set up to programme manage and deliver the extensive and integrated work bank in addition to the design and build of the temporary bus hub at Three Bridges (which included a new footbridge linking the station to the car park).

With multi party works the PMO/Engineering Pillar team were able to integrate, assure and plan out a complex programme, including a detailed approach to risk and contingency management.

The works in addition to standard QSRA activities were also subject to the routes independent assurance â€˜summitâ€™â€™ process where all worksite owners attend and present their works. This in turn cross referenced to other work steams and was used as an advanced method of de-confliction and check of resource allocation, and congestion risks around multi party use of access points etc.

Communications Pillar â€“ over a 12-month period ahead of work starting a comprehensive communications strategy advised customers and gave informed choices around choosing not to travel, or if they did, ensuring that an alternative method of travel was in place and clearly communicated.

A blockade of this length and complexity required a robust communications and passenger management strategy, as not only did the team have to make passengers and other stakeholders aware of the line closure but also devise alternative ways of getting them to their destinations.

The teamâ€™s campaign collateral included a dedicated microsite, posters, in-station vinylâ€™s, leaflets, digital screens, badges, customer relationship newsletters, monthly MP updates, signage, ad panels on trains and staff clothing. This strategy yielded excellent results, with high awareness levels across both regular and occasional travellers. February 2019â€™s Transport Focus survey (the last of six carried out over the year to date) showed a 90% awareness of the closure amongst users of the BML, with 95% of those polled understanding the implications of the work.

Passenger Management Pillar â€“ this was set up to identify the affected customer flow volumes, develop and manage an innovative, carefully integrated set of travel options, involving enough rail capacity into London and via a diversionary route, a bespoke intensive replacement bus operation, the provision of additional car parking at strategic points and the provision of ticket acceptance on alternative rail and bus routes.

Passenger management involved the building and staffing of the biggest bus replacement service ever seen in Europe. The scale of the temporary hub, in the Three Bridges Station car park, â€“ the equivalent of a central London main bus depot â€“ was predicated on modelling based on the possible numbers of affected customers and experience of prior weekend blockades. The team also formulated a car parking strategy, which provided free car parking at Gatwick Airport for season ticket holders. In addition, rail ticket acceptance was comprehensively reviewed and put in place with Southeastern for East Coastway travel via Tunbridge Wells, and local bus operators where additional flows were identified to travel.

Operations & Maintenance Pillar â€“ set up in the later stages of the programme to ensure the high performance of the rail diversionary route (Brighton to Three Bridges via Littlehampton and Horsham),

Blockade Director - The 4 pillars had lead representatives that were then incorporated into the existing Routeâ€™s Command & Control structure. Along with an identified Blockade Director, (jointly accountable for both NR and GTR for the delivery and implementation of the works) 24/7 cover was provided over 10 days and nights to monitor progress of both the engineering works and passenger handing. The roles were able to identify if additional operational or maintenance resource (or relocation) was required, or deployment of standby buses etc. The roles were also in place to support the Routeâ€™s Incident Officer as the overall Industry Gold.

This fed a daily executive level conference call for RMD, GTR COO and senior DFT leads where the Blockade Director would lead and update on daily progress and milestone completion“

“Just a line to thank you for an absolutely incredible night. The night itself was really fantastic and I said to my wife, June, just letâ€™s sit back and enjoy it: no pressure as I didn't really think that I would win! Well, as soon as 25 years were mentioned, I took one look at June, while shaking my head in disbelief. Then the marvelous rail and face shaped glittering award and a certificate as wellâ€¦â€¦â€¦â€¦â€¦â€¦â€¦and then the (totally unexpected) cheque!. I was also extremely pleased to see David Maidment recognised. His achievement very appropriately wins the whole night for me and the standing ovation that he received was very well deserved. It was really worth being there just for that. Thanks again to all who were involved in this event (I am now drinking my coffee out of the Rail Seventeen cup at work!).”